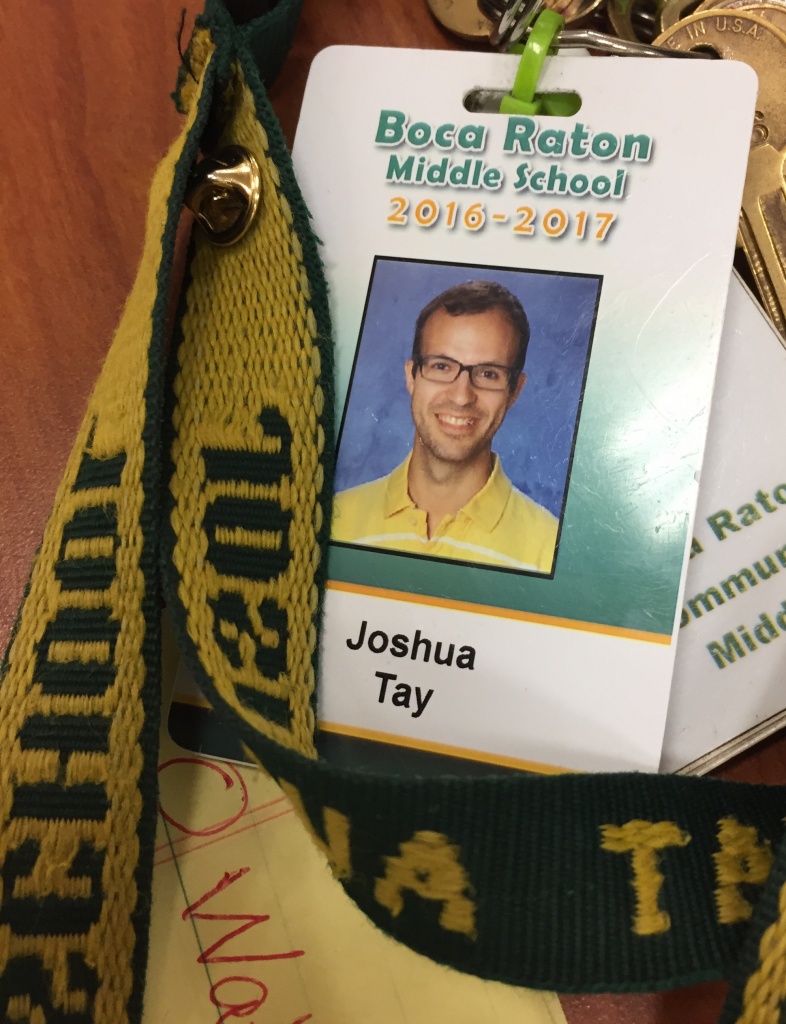 Mr. Tay was born and raised in the suburbs of Philadelphia, PA. He grew up in a family that was very supportive of the arts. Mr. Tay was part of chorus and band from elementary school through college. He graduated from Shippensburg University with a BS in science, and then spent a semester at The Boston Conservatory to study trumpet.

It just did not feel right to him, so he went to teach middle school science at a private school just outside of Boston, MA. (Shout out to St. Joe’s!). It was there that he began his first drama club, putting on 3 very successful musicals (“The Sound of Music”, “Guys and Dolls”, and “The Ridiculous Dream”, an original show written about middle school life). It was also his first time on stage (as there were no students to play Uncle Max in the production of “The Sound of Music”).

Mr. Tay has also helped musically with productions of other great shows, such as “Oklahoma”, “Follies”, and “Wizard of Oz”.

After 5 long winters in Massachusetts, Mr. Tay moved to the sunshine state and became a member of the BRCMS family in 2013 as a science teacher. In 2014 he enthusiastically accepted an offer to teach the chorus and drama classes. Since then, the drama club has put on three “A Night On Broadway” shows, along with “Oliver!”, “Shrek the Musical”, “The Music Man”, and “Seussical the Musical.”